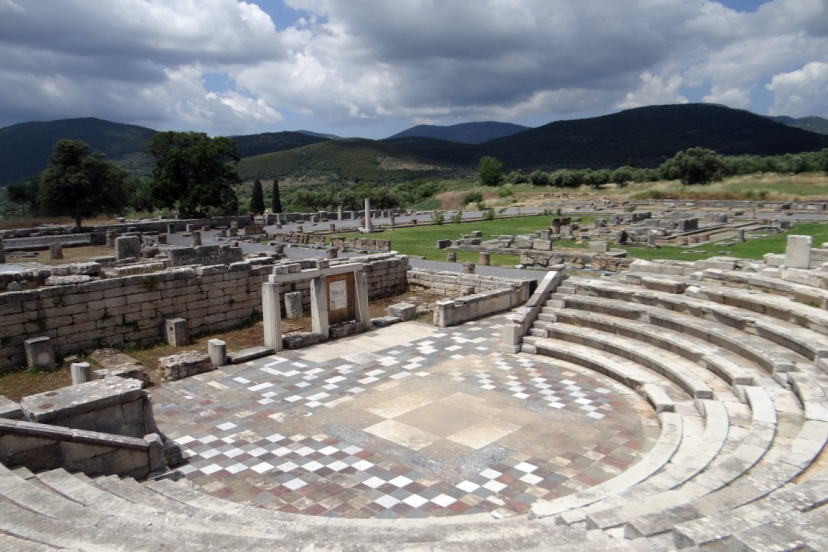 Ancient Messini is one of the most significant ancient cities in terms of its size, structure and state of preservation and still has much to be discovered. Along with the sanctuaries and public buildings it has imposing fortifications, dwellings and burial sites.

It has, amongst other things the rare advantage of never having been destroyed or covered by later settlements and sits in an unspoiled inland site in a natural Mediterranean environment.

This natural environment combines the mountain grandeur of Delphi and the low riverside serenity of Olympia, the dominating bare limestone mass of Mount Ithome, the ancient acropolis and the low fertile plain spread below the ancient city.

One can easily reach the site by road from Athens along the Corinth - Tripoli - Megalopolis - Kalamata highway or via the Corinth - Patra - Pyrgos - Kyparissia  Meligalas highway. From Olympia the site is about an hours drive.